The opening earlier this year of Mybrickell, designed by Karim Rashid in collaboration with Arquitectonica, was more significant than most of the party attendees probably realized. Not only because it was one of the first condo towers in Miami to be completed in years, but because it is sign of the real estate market’s revival.
One of the biggest twists in this new boom is that far beyond from just hiring a big-name architect to draw something up, developers are investing heavy resources into elaborate interior and exterior designs by exotic names like Rashid and Pierre-Yves Rochon (Jade Signature).
Developers are collaborating with auto companies like Porsche at the Porsche Design Tower and Pininfarina, the designer of Maseratis, at 1100 Millecento in Brickell and Beachwalk. They’re decking out entire buildings in furniture by Ligne Roset, Fendi Casa (Chateau Ocean), Baltus (Baltus House, Mybrickell), Armani/Casa (Armani Residences) and every unit in The Mansions at Acqualina is being fitted with a $100,000 closet/ dressing room from Ornare.
Meanwhile, Echo Brickell might top the car elevator at Porsche Design Tower since the developing company PMG has partnered with Tesla Motors to give every penthouse owner a fully loaded Tesla Model S… Off course the building will be equipped with charging stations so owners can just “battery up” and go.

These days, decent art in the lobby just isn’t enough. The 47-story Muse is partnering with world-renowned sculpture artist Helidon Xhixha, who will be conducting one-on-one interviews with buyers and creating personal sculptures, valued at over $500,000, for each unit.

Miami’s new style collaborations indulge the fantasies of residents, hotel guests, or just people on the street. In each instance, outside talent can create something stunning, over the top, or simply beautiful. Either way, it’s fun to watch how each development unfolds. 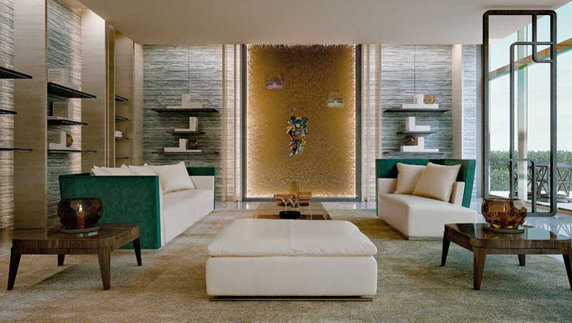 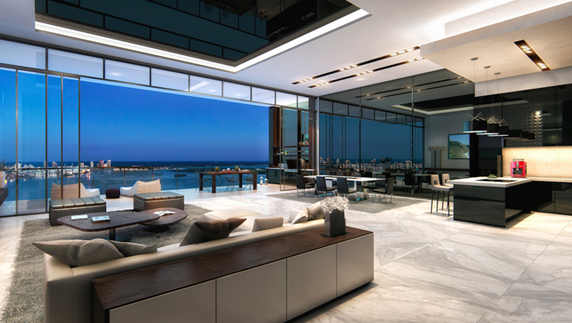