Within the framework of the last World Cup we witnessed the vast South American influence in Miami. Nodding Vallenato, Tango and Samba, Colombians, Argentinians and Brazilians celebrated in the streets of South Beach and Brickell the Football party. «Miami is the undisputed capital of South America» believes Marcelo Claure, Bolivian magnate Founder of Brightstar, a telecommunications company based in South Florida.
The evolution generated in the last decade is evident in the increasing number of buildings, in the Lifestyle on the streets, clubs and new businesses throughout Miami-Dade, where educated South American immigrants, owners of second homes have taken root and played a major role in the start of a region that not long ago was devastated by the recession.
In the case of the real estate market, progress is especially visible in the area of ​​Brickell, Miami international banking center and parts of Downtown. A study of the development authorities of Downtown Miami shows that over 90% of the demand for new residential units in Brickell and Downtown comes by foreign buyers and 65% of that figure are South American. 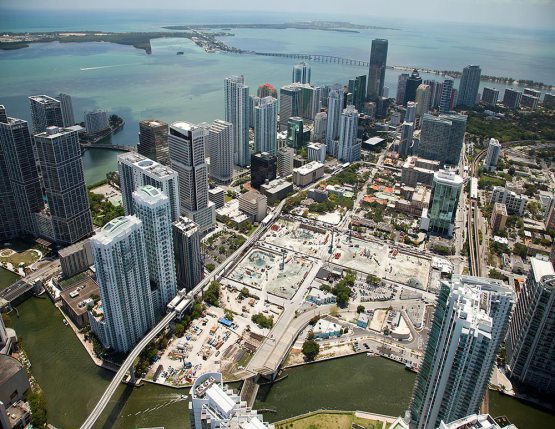 «Having Status means owning a Condo in Miami» says Juan C. Zapata, the first Colombian to serve as commissioner of Miami-Dade. Meanwhile, Jorge Pérez (Related Group CEO) said that «The South Americans are those who change the game — they are the ones who allow the real estate market to keep on moving», Perez said the latest wave of South Americans has made the city ​​a year round destination and has attracted more entrepreneurs and international companies. Banks in Latin America have proliferated as their customers are still here.
With the influence of businessmen and investors from Argentina, Colombia, Venezuela, Brazil, Ecuador, etc. Will also come, why not, a political participation in the city that until now has been handled almost exclusively by the Cuban-American community.